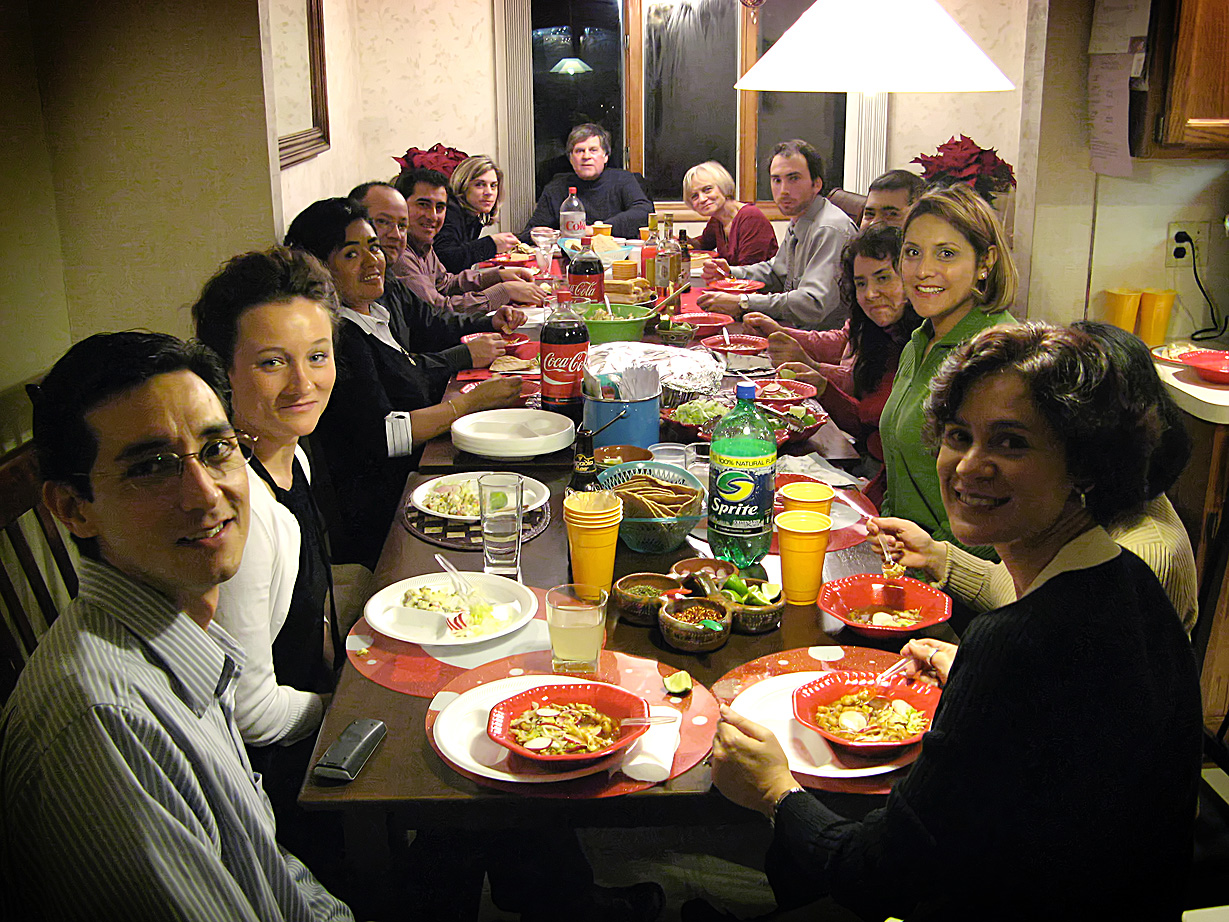 A very Mexican Christmas at Herman and Gisvis house.

This Christmas was definitely a strange one. I’m not sure if it was the horrific state of the economy, everyone feeling less than jolly and generous, the disjointed feeling of our plans, or how it seemed like we were rushing to do everything (wrapping gifts at 4:30 in the morning on Christmas eve), but Christmas seemed to come and go quicker this year than I even thought possible.

Regardless, we still had some real fun and did manage to see lots of friends and relatives.

Christmas Eve was spent at Gisvi and Herman’s house for a Mexican Christmas. Christmas day we got to say hello to Bozena, Hanka, and Petra’s uncle Zdenek on Skype, which he’d never seen before and was very impressed by. I managed to convince my parents that the best gift we could give would be plane tickets to Mexico to visit Julian and my extended family in San Miguel De Allende. Petra seemed very pleased and excited about finally being able to travel once again. 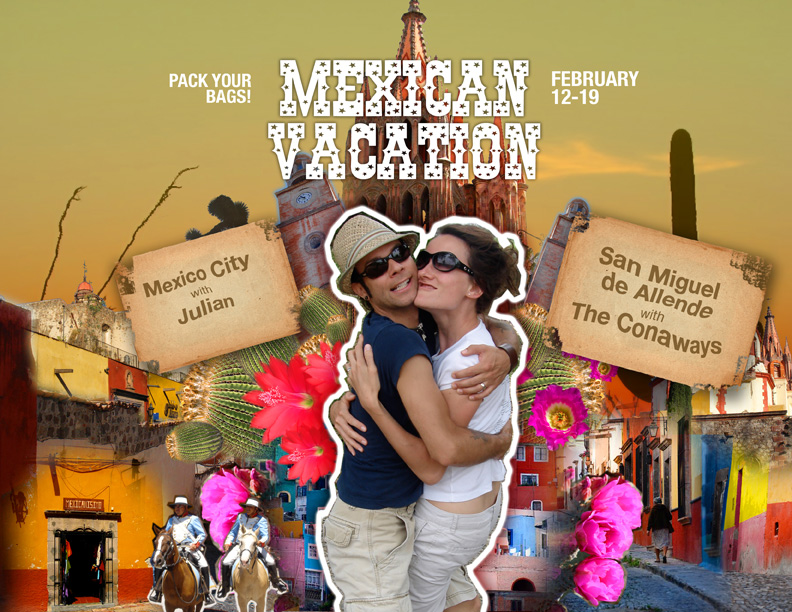 Afterwards, my Aunt Kimmie and her family came for dinner on Christmas day, as is tradition; a good time was had by all. Later that evening, we also stopped by our next door nieghbor’s, the Nehros, for a late night drink and chat about all sorts of topics from religion to politics to jobs and the state of the world in general.

After returning back to Chicago, via a shared car with Derek and Kelly, where they announced their engagement to each other, we also attended a late Christmas party by Pete Special and his wife, Tricia. Bong and his friend Vessela came with us.

And finally, our dear friend and old tour manager/booking agent, Alison Toczylowski who now lives in New York, stopped by with John and Lauren, who have also announced their engagement, for some drinks, good times, and a very white knuckled game of BATTLESHIP in front of a “cozy” video fireplace.

Over all, it was a good Christmas, we have so many things to be thankful for. All our family and friends are alive and well and we are doing pretty good ourselves. Merry Christmas!

Congratulations to all! Hope to speak with you all soon! love, tina, David and Cameron

You too, Tina! Hope you guys don’t get to wrecked on New Years!