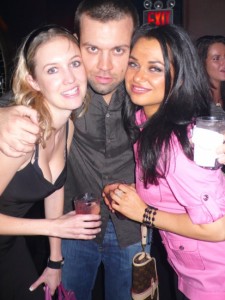 This is something that’s always bugged me, but I guess now that I don’t go out to the bars as much, I don’t have to deal with it anymore as often.

I have a few unmentionable friends (some of whom would hack my identity and bring my finances to a  screeching halt if they knew I was writing this about them) who think it’s a great idea to go to bars and ask hot girls to take pictures with them. Girls they would never, in a million light years have half a chance of getting with, let alone talk with for more than the 5 seconds it takes them to run up to them and say, “Hey, let’s take a picture!”. 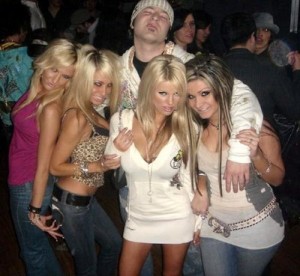 I’m not sure exactly what goes on in their mind?

“This is a great opportunity for me to go over there and talk to that hot group of girls briefly in the corner. Every girl loves to have their picture taken. They’ll think I’m really fun and intriguing when I don’t stay to talk with them, but instead go back to my regular group of friends and act like I’m a total stud for having the confidence to do that. They’ll be interested in my disinterest and come talk to me later when I’m not with my ‘posse’ “.

“I wish girls would come talk to me, since they don’t, I’ll be the self confident one and go over there and not introduce myself, but instead pretend like we’ve known each other for years and I’ve been hanging out with them all night!”

The sad truth about this is that these guys are really so far off the map, that they don’t even realize that both men and women (hot and NOT hot) can see from across a football field that they are not a stud and in no world of ultimate dungeons and dragons, world of warcraft fantasy land would they ever be considered as a friend (or even more ridiculous – a boyfriend) to these girls. In fact, you don’t even have to know these guys to spot them in the photos with the hot girls or at the bars posing with them, camera in hand, arm outstretched, trying to look ‘chiseled’.

They stick out like a dumb-ass dork-faced dick-wad in a gaggle of cheerleaders.

How did I miss this when you wrote it?

I’m not sure. Perhaps you need a subscription to this awesome blog!