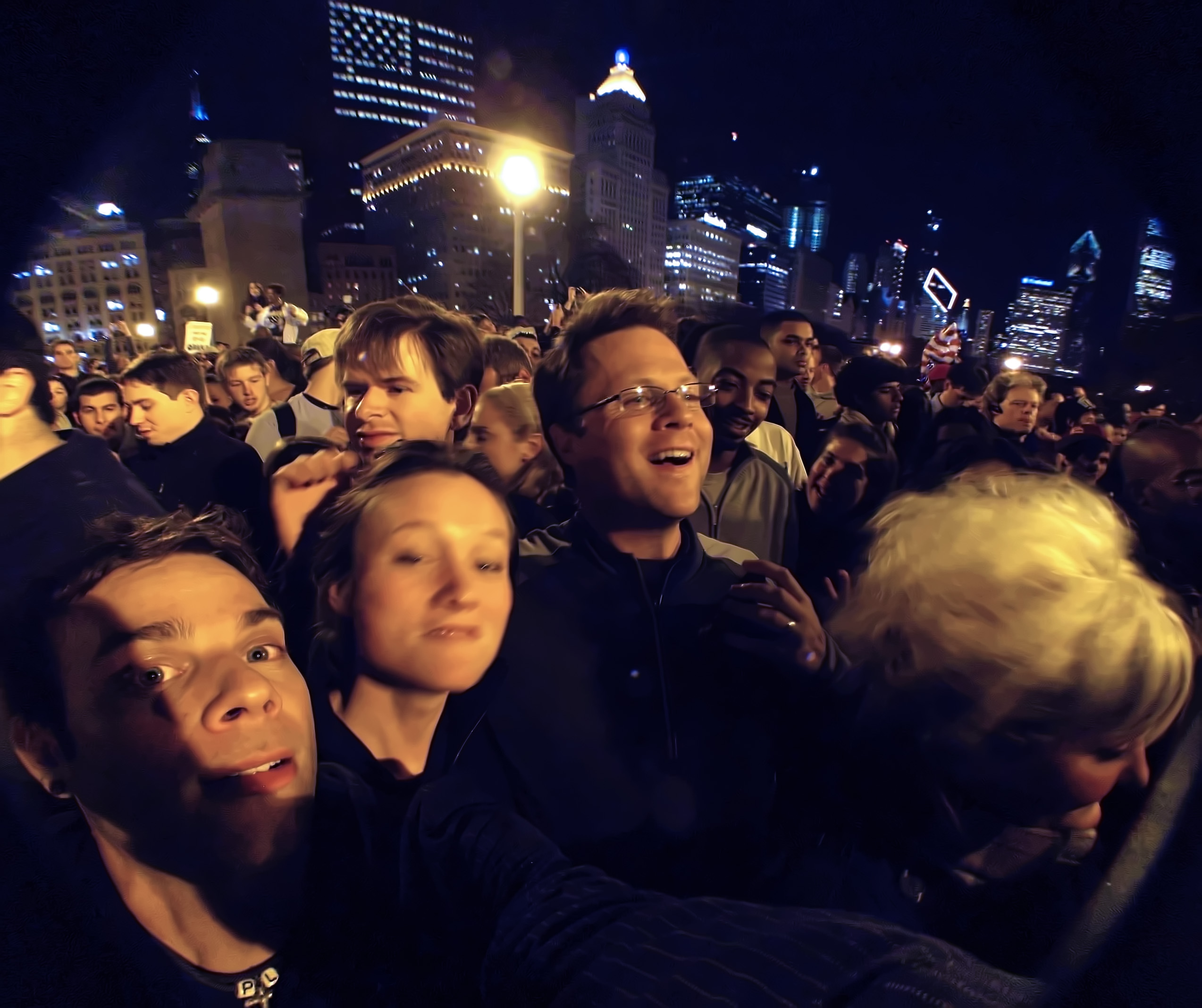 Robbie, Petra, (Mary not pictured), and Neil in Chicago on Election night 2008.

Last night, Petra and I took the red line train downtown to meet with our friends at Miller’s Pub to watch the election on television and then walk over to Grant Park to watch Barack Obama speak at his last rally.

“The sense of humanity and something indescribable overtook everyone in the city.”

As we sat down amongst thousands and thousands of people, we really had no idea how moving and incredible the experience would be to witness the world change in an instant. As Barack Obama was announced the winner as the 44th president, the first black man to hold office, he spoke to the world and told us how he would help us to move ourselves forward.

The sense of humanity and something indescribable overtook everyone in the city. Being at the epicenter of the attention of the world at a certain and lasting time in history was something we will never forget. We can say that we were THERE. It will always remain as one of the most amazing nights of my life.

For a lack of a better word…WOW. You’re pictures are amazing. What a great moment to say that you were a part of. We all witnessed history being made– but you were actually there. Wow.

I felt the excitement in Times Square in NYC. The energy was incredible here too. Love your pic!

Amazing pics Robbie! I was celebrating with the DNC and the Obama campaign in AZ, but nothing compares to being there live. Great, fantastic, moving pictures!

very cool picture! we watched his speech from some bar in the river north area.we had just arrived in chicago (not even realizing how crazy it would be on election day) and were trying to avoid the crowds and craziness. it was still cool to just be in chicago during such a historic moment. i called jess and got your number, but never got a chance to call before we left. hope all is well with you and petra.