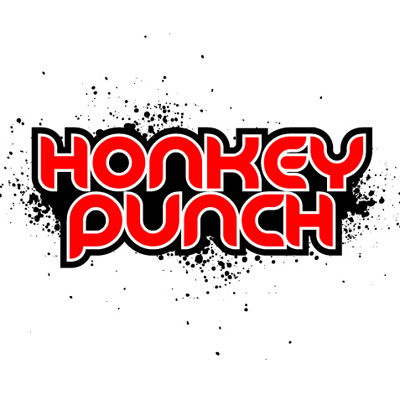 Feeling the need for a creative music outlet since the Ghettobillies stopped playing close to 2 years ago, I started writing new songs again. I spoke with Bong and John about needing a drummer and bass player (as they just happened to be the best that I know) and hoping they might know a keyboardist/piano/organ/synth guy who could also sing who might be interested in starting a side project.

After some very much needed time away from music, I found myself again drawn to that old familiar creative process of songwriting. More than anything, I think it’s meditative for me. We will see how long it lasts, but for now it’s fun and I’m enjoying playing with each musical part, as well as leaving many parts for the boys to add their own flavor on the songs. Playing a show or two in the distant future is also a plan, but first we’ve got to assemble a team and then make some time to sit down and work through these things.

I do love when a song takes on a life of it’s own and eventually earns a place in the bands repertoire almost as it’s own entity that the band loves and respects like a friend.

These are a few I’m working on right now. I don’t know if they will stand the test of time yet, but I’m hoping for them to at least make it to a stage someday. They were recorded on my laptop at home and in no way should be considered studio quality recordings. These are rather rough sketches of ideas. They are not complete songs either; just the basic premise upon which to build a well rounded friend.

I’d love to hear anyone’s input on these songs and tell me what they think. Again, let me say that these songs are not finished or polished yet, but you get the idea at least.

Some of the songs:

1. The first half of this song was something the Ghettobillies used to sing literally decades ago. It was never actually turned into a full length song, but I always liked the melody and chord progression. I took the bits from the old one and essentially created a whole new song around it.
Enough is Enough

2. This song is sort of a story of loss, wrapped in an old spaghetti western. Perhaps with Clint Eastwood chewing on a cigar in the dusty desert somewhere in the distance.
Santamaria

3. This song is my commentary on the state of the music industry (there are actually a few of songs I’ve recently written about that). This one in particular centers more around the idiots who still think the world of 60’s and 70’s rock and roll is alive today…and in case you’re wondering; it isn’t.
VROOM!

4. Basically this song is about the young generation, who I am still waiting to hear a new sound from. Everything that comes out now adays seems to just be a pale version of something that was new and exciting years prior (60’s it was political folk, 70’s and 80’s it was Heavy Rock and Disco, 90’s and 2000 it was Grunge and Techno). These kids have done nothing but “retro”, which essentially is just rehashing what everyone before them created. They are professional stealers of originality. Lazy, and lost in a fake world of living their lives like they are in a reality TV show. blah, blah, spiteful, bitter, blah, blah.
Cartoon

5. This song is based on a true story of the final night of the Ghettobillies last big tour in England when Petra and I met (some of you were there that night) and the rest, as they say, is history…
Only You

p.s. If you don’t understand the name of the band, please don’t ask, as you’ll just be offended.

Previous articleFacebook: Yet another way to talk about your kid.

I really REALLY like Santamaria. aside from adding horns instead of strings I wouldn’t change a thing. The low-fi sound of the organ near the end of the song was well done. Sounds great bare.

When I heard Enough is Enough I kept picturing (with my ears) these fat-ass drums. Think Ok Go’s Get Over It.

The vocal on VROOM! threw me off. It sounded like you trying to impersonate someone with a milk bubble caught in their throat. Although I liked the melody and the lyrical content. It’s a rock anthem.

These comments mean essentially nothing. So far I’ve only listened to the tracks once and it’s not a fair or accurate opinion.

Post Script: I believe I was Honkey Punched by a homeless man at Woodward and Grand River last night.

Those are all valid comments and I think good advice.
I appreciate your input.

enough is enough= fantastic. great, i love it (forgive me, but reminds me of the billies, sorry there). -excellent tho.

santamaria= yeah, reminds me of zorro; very sword fighting/throw me the beautiful woman or I slay you/let’s all drink tequila, sort of thing. yay.

VROOM!= call me retarded, but I didn’t quite understand the point behind the lyrics. but other two were awesome.

Thanks for the comments, Retard.

Let me just say that 90% of the Ghettobillies material is written by me, so if this material sounds similar to “the billies”, that would explain it.

Also, Vroom! is about being a young musician in this very horrible time and place for recorded music. We are living in a very bad time for record labels. As far as the music industry is concerned, change and creativity are bad, established patterns of music is good.

Do what you’re told and you will get signed. What do we get? We get a million bands trying to be Creed or Puddle of Mud and wondering why no one gives a damn.

Very few bands are sculpting their own style and learning who they are. Instead, they are learning how to copy a mediocre band that is on the radio, who is actually trying to copy a long lost legend of a band an era when ingenuity, talent and faith in one’s vision was more highly valued.