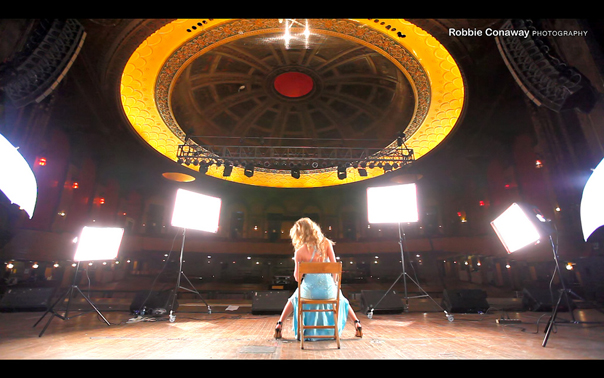 Making music videos puts together 2 out of 3 of my favorite things to do. Take pictures and experience music (my first, of course being, spending time with my lovely wife). My second official music video (not including some short promotional music videos) was for Your Villain My Hero. Currently mostly a cover band, YVMH has been quickly amassing fans through the art of playing other people’s well known songs and is now starting to make songs of their own to throw into the mix, hoping that the crowds will also start to listen to their originals and join their fanbase.

I think they’re off to a good start with this single “I Don’t Need A Boyfriend”. It’s pop music to a perfect T; not too deep, not too offensive, not too self righteous either.

This was the first time I also had a very small “staff” of 2 assistants and another videographer (Tommy Digiovanni), who I’ve worked with in the past on Graphic Design jobs. He too has a Canon 5D Mark II, and together we discussed which shots and lenses we thought would be good for different situations. Tommy was a great help in giving some quality ideas and helping to capture twice as many shots for each videoshoot, thereby allowing me more creative freedom with the editing process later.

The 2 primary locations for filming was at the nightclub Enclave in downtown Chicago and the Congress Theater in/near Bucktown. We filmed at the nightclub before and while the place was heaving (now I know why cameramen need bouncers around them to keep from getting crushed at the front of the stage).

Editing and Color Correction on this particular video was also a challenge, as  many of our shots were deemed almost useless due to faulty lighting equipment (or in some cases, completely absent lighting that was supposed to be there). This resulted in having to make some “creative” decisions in treatment and fixing exposure and white balance.

All in all it was a very difficult project that presented me with uncountable obstacles, but in the end I’m pretty happy with the results.

***UPDATE***
I just got word from their manager that my video just got picked up by MTV. Keep an eye out for it in the coming months!

Just watched your video. Congrats on MTV. I found your website from the Canon web. My son is also doing movies and commercials in N.Y.C. He’s currently using a 7D now for his work. You can see his work on youtube under Lee Peterkin. If your looking for a N.Y.C. connection contact him. He’s always interested in meeting people in the biz throughout the world. Good Luck on your career.