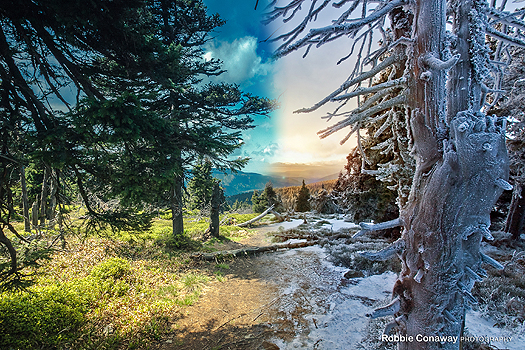 One of the best photos I’ve ever taken (in my opinion) was on a ridge on Praded in the Jeseniky mountains of the Czech Republic during a brutally cold winter storm in 2009. 3 years later I returned and found the exact tree and took another photo, lining up the shot as close as possible to the original. This is the split screen shot of both photos.

This was my 4th visit to the Czech Republic. With every trip there, I feel closer to my extended relatives and grow more and more fond of the scenery and people of this great country. There is a gentleness and strength to the Czechs that I greatly admire. A tenderness coupled with a hardened independent exterior that is both refreshing and inspiring to me.

And of course the shots of Slivovice were flowing like a river.