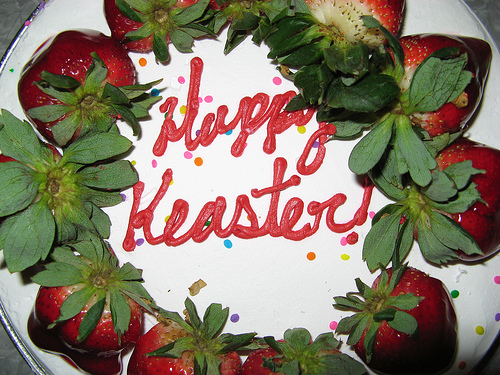 A few years ago a tradition was formed amongst our fans and friends when the band was on the road and all of us were away from our families on Easter. Almost like rock-n-roll orphans, we formed our own family and on many occasions, we gathered for holidays just like we would if we were home.

Even though we are no longer touring around America and living out of hotel rooms, tents, stranger’s livingrooms and rented cabins, we all still enjoy gathering for the occasional rock-n-roll orphan’s holiday reunion.

This year was especially great, as the Conaway and Bruen family were also in attendance, along with lots of other surprise appearances from co-workers and long time friends and associates. By 4 in the afternoon the party was in full affect. Unfortunately, there aren’t many photos of that, as I was too busy having a good time to bother taking pictures.