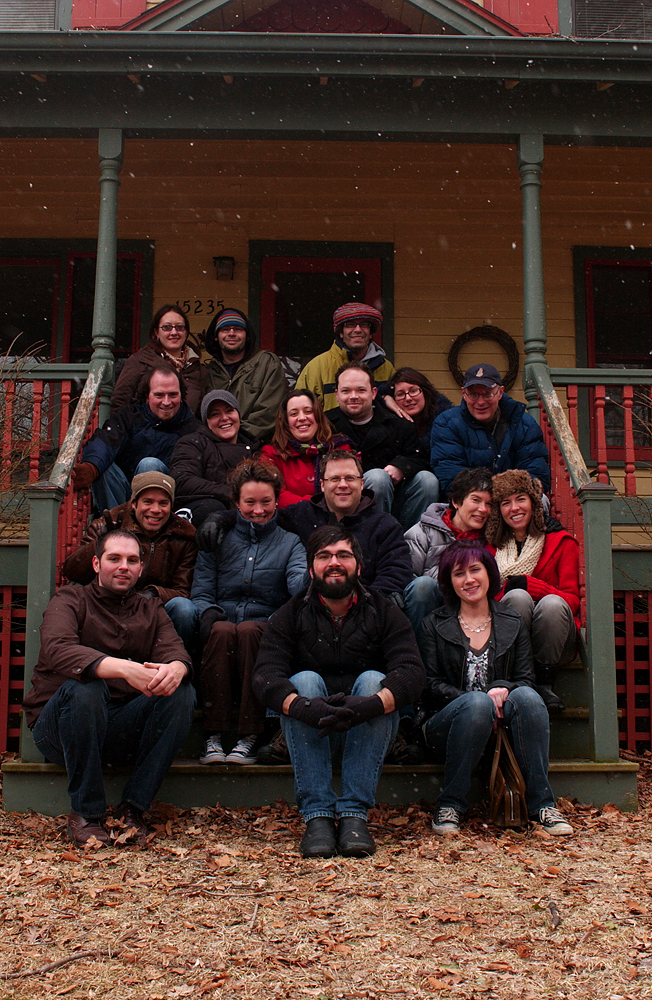 Last year, Petra and I took part in a sort of mini vacation with some friends in an old vintage historic hotel on Lake Michigan. This year, it was decided to rent the next door house called “The House of Eleven Gables” (owned by the historic hotel) so that we could make as much noise as we wanted. Being a large group of the world’s loudest, fastest and most prolific talkers, our collective output could wake the dead (and by dead, I mean the rest of the occupants in the old hotel).

More PHOTOS from our friend Andy.

And even more PHOTOS from Susan’s iPhone.

This proved to be a very good idea. The weekend was filled with drinking, playing music, singing, taking photos and long walks along the frozen beach, making a huge meal for all 16 people and, in general, relaxing around the cozy fireplace.

By the end of the 2 and a half days, we were all one big happy family!

The Lost Weekend 2009 from robbie conaway on Vimeo.

the pairing of t.o.d. with the video works well. my head is still somewhere over lake michigan.

That video was amazing and we totally enjoyed seeing all the pix everyone took! we had an awesome time and really enjoyed getting to know everyone. xo kevin and lisa

laughter, food, music, delight!!! Thanks for getting us lost!

super cool, Robbie! thanks to everyone…and see you next year!